How to Understand & Use PageSpeed Insights to Optimize Your Website

Is Now a Good Time to Start Selling Your Business?

6 Powerful Marketing Lessons as Told By a Former Teacher

Keeping Your Best Employees During the Great Resignation

“Don’t hold anyone to an expectation unless you have stated to them what that expectation is.”

Guess who said that? My mom.

It is probably one of her best because it applies in nearly every aspect of life. She typically offered this gem within the context of relationships. It usually involved me complaining about a roommate or a boyfriend because they weren’t doing something I wanted them to do. She almost always followed that complaint with “Well, do they know what you’re expecting?”

My lack of maturity boiled over with “They should just know. It’s common sense.” Or “I shouldn’t have to ask. I want them to want to do the dishes.”

Getting Ahead of HR Technology Trends in 2021

Branding in 2022: 4 Ways to Position Your Brand to Win

How to Get Your Business Out of Debt

Can We Trust View-Through Conversions? An Experiment Reveals!...

How to Create a LinkedIn Business Page

4 Tools to Help You Find the Right Content for Your Audience...

How to Create a LinkedIn Business Page

To Link or Not to Link: Should You Include Links In Your Social Media Posts?...

Critical R.A.C.E. Theory and How To Win With YOUR Business...

Data-Driven Attribution as the New Default in Google Ads: What You Need to Know...

5 Compelling Reasons You Should Incorporate TitkTok Into Your Marketing Strategy... 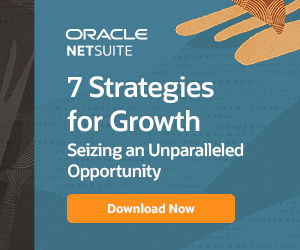